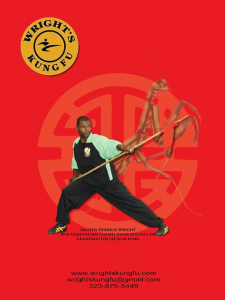 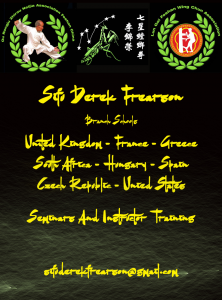 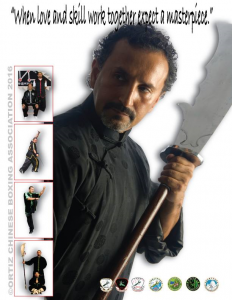 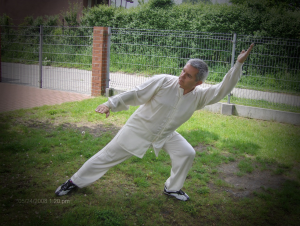 He began martial arts training in October 1976 at a self-defense school. In January of 1980,he passed the First Dan Level in Vo  Quyen style, and on April 29,1980 was given a self-defense instructor license/Polish State License. He has paticipateted in numerous shows, television and radio programs. On February 6,1983 he participated in the first National Kung Fu Shows in Warsaw.The next day The Polish Commission of Kung Fu /Wu Shu at Main Management  of Popularization of Physical Culture was founded.He was elected vice president of the commission, which associated all the Kung Fu instructors working in Poland. In April 1986 he organized a Schooling Seminar conducted by Master Yang Jwing-Ming. In the same year he took part in First International Instructors Seminar of Wu Shu in Jinan/China. From June 1986 to February 1987,he organized the YMAA branch in Poland. On March 15, 1987 he organized The First in Poland Kung Fu Competition in Tychy. In 1988 he organized a Wu Shu Seminar conducted by the Chinese Wu Shu Federation. In the same year the first official Kung fu instructors schooling took place in Kraków, during which they obtained Polish Kung Fu / Wu Shu instructors licenses Kung fu, at the same time, became incorporated within the Polish Karate Association. He was elected the Commissions secretary. On November 18,1989 he organized The First National Kung Fu / Wu Shu Competitions in Tychy. In 1990 published his first book, Chi Kung – Internal Kung Fu , based on the materials by Master Yang Jwing-Ming, whose East European Headquarters is situated in Tychy.He was elected president and got coach license. He published Master Yang s book: The Eight Pieces of Brocade. In May, 1992 he founded the Polish Association Oriental Martial Arts “ YANG”. He was elected president and organized an instructors course for YMAA members. In the same year he was one of the judges of The First International Kung Fu / Wu Shu Championships in Warsaw. Since 1994 he has cooperated with Master Zhang Feng-Jun,whom he assi the polish-Chinese Association of Wu Shu “Nan Bei” of which he has been the vice president.in December 1995 he organized the Semi-Contact kick-boxing Cup and Wu Shu Show. He has started university studies, and in 1997 he received the title of “psychobiological rehabilitation specialist”. He has also got First Master Level Reiki, Usui System of Natural Healing. He has specialist in non-invasive human method/i.e. evaluation of human based on their appearance and psychografology, as well he received titles as bioenergotherapist, and in psycho-technical medicine. Wrote a handbook on Qigong for students of the Astrobiological Academy. He became a lecturer at the European Academy of Integrative psychology, where he has been teaching the basic of Qigong and Taijiquan. He wrote a 24 postures Taijiquan nadbook for patients of Traditional Chinese Medicine Clinic in Jaworze. With which he cooperated for a year. He is the author of the book,Qigong – Exercises for Health. He  has organized two Kung Fu instructors courses for the Polish-Chinese Wu Shu Association “Nan Bei” members.He is a founder and president of Tai kung Tao Arts Center,having its headquarter in Tychy. His students, during the years,have gathered numerous titles National and International Champion. Owing to the comprehensive level of he martial arts is outstanding , doing for the martial arts business outstanding contribution,Pass by “World martial arts famous person judge committee judge and decide “The qualifications authenticate,give to “World martial arts famous person” title of honor,espe-cially issue certificate serial number WCSA-WOM159  date 28.09.2008 . 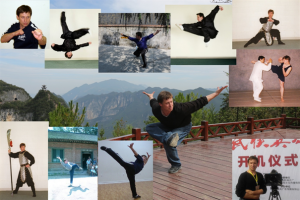 Master Narcyz Latecki (雷鐵客 Lei Tieke).    http://athleticbalance.com
He’s one of the Top One Hundred Extraordinary Martial Artists of the World and Prominent Wushu Coach. 7 degree black belt (黑带七段 Qi Duan), Chairman and director of International Wushu Sanshou Dao Association.
1985-1997 he has won the title of all-around champion, taking 34 gold medals in international Martial Arts Championships, in Europe and the United States.
Narcyz was born in 1969 in Poland. Beginning his martial arts studies in the early eighties at the age of twelve, first with Japanese Karate Kyokushin and Shotokan. Then later on, he turned his passion to Chinese martial arts, which has become his life-long pursuit.
Since then, he studied extensively with several prominent Grandmasters in internal and external martial arts, such as:
Yang Jwingming 杨俊敏 – who is the founder of the International YMAA Training System (styles taught: Shaolin Changquan, Baihequan, Qinna, Yang Style Taiji, and Qigong);
Liang Shouyu 梁守渝 – who was voted as one of the most outstanding masters and top professional coaches in China (styles taught: Emei System, Wuji System, Traditional Wushu, Chen Style Taiji, Xingyi, Bagua, Qigong, Da Pong Gong, Tie Bu Shan – Iron Shirt , Shuaijiao and Weapons);
Ma Xianda 馬賢達 – who is one of the first and highest ranking masters in China, nominated as Jiu Duan (styles taught: Ma Shi Tongbei System – Bajiquan, Piguaquan, Fanziquan, Chuojiao, Tongbei weapons).
Narcyz is also one of the first certified in Europe to test and rank students and instructors, in the International YMAA Training System.
1993 immigrated to the USA, obtaining a working visa due to his martial arts skills, and taught as head instructor at YMAA HQ in Boston.
Narcyz is a versatile practitioner, teacher, and national judge. He has been featured in pay-per-view television and The Discovery Channel, as well as other TV shows , instructional videotapes and books on Chinese martial arts. In 2015 Narcyz was honored come to China as a one of the top masters from USA to participate in filming TV series „The New Legend of the Martial Arts Heroes“. 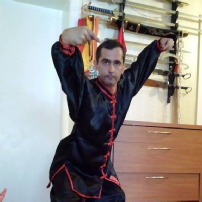 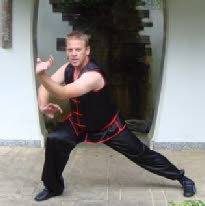